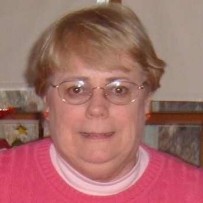 If you’re wondering about how to research your family tree, the Chelmsford Genealogy Group is ready to help.

Spike Lee, Sarah Jessica Parker, Emmitt Smith and Lisa Kudrow found their ancestors courtesy of the NBC show “Who Do You Think You Are,” which focuses on how genealogy can reveal fascinating details of one’s family history. But here in Chelmsford, you don’t need to be a celebrity to get help in climbing your family tree – and best of all, the help is free.

CGG meets on the first Tuesday of each month at 7 p.m. at the Chelmsford Public Library. All meetings are free and open to all – residents and non-residents, alike.

“If you’re just getting started, it’s a great because someone in the group has probably already done what you’re looking to do. People are willing to share what they know. And we often have guest speakers with thanks to the Friends of the Library who donate the money for speakers’ fees,” says Sylvia.

E-mail announcements are sent three to six times a month to keep everyone informed of the meetings as well as other local events. Sylvia also forwards requests from people who are searching for a Chelmsford ancestor.

The “hottest” development, a surname database was initiated by club member, Norm Rourke and is under construction by Reference Librarian, Brian Herzog. The database will provide an opportunity to search or share information about a particular ancestor or surname in the very near future through the Chelmsford Public Library website.

“That’s the thing. You start with four grandparents, then eight great grandparents and it just keeps going. You keep finding so much that it’s never really ever done,” she said.

This article originally appeared on the
Chelmsford Patch on January 18th, 2011.