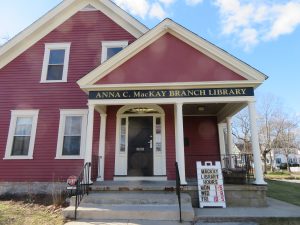 The MacKay Branch was the former home of Anna C. MacKay, a librarian in Chelmsford from 1906-1924. It was given to the Town of Chelmsford in 1947 by her brother, Stewart MacKay, to be used in Anna’s honor as a library serving the residents of North Chelmsford – which the MacKay Branch has been doing enthusiastically ever since!

Read more about the history of Anna C. MacKay and the MacKay Branch [pdf]. 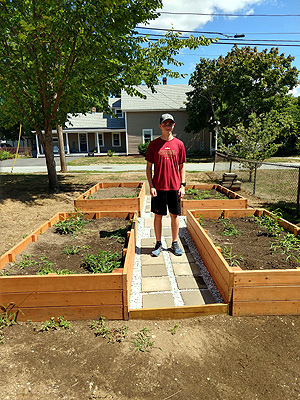 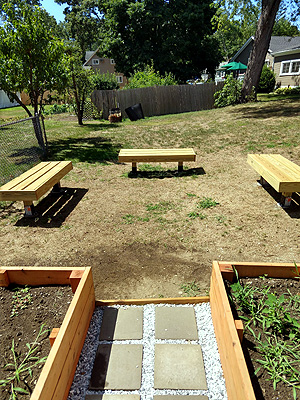 Eagle Scout James Barrett has revitalized the raised garden at the MacKay Branch, replacing the original single large garden with four new raised beds. This work took place during the spring and summer of 2020, with guidance and advice from Kathy Downey and Mary Beth Hayes. Thanks to James for the hard work, and the crew of volunteers who helped. Thanks also to everyone who contributed to fund the project, especially the Chelmsford Friends of the Library for their generous $500 donation!