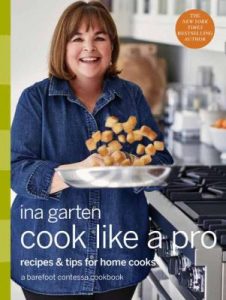 The Barefoot Contessa (a.k.a. Ina Garten) has amazing staying power.  After almost four decades in the food business, with twelve bestselling cookbooks and numerous TV shows, she is easily one of the most successful authors in the food world.  Her devoted fans are legion, and they love her warm, approachable personality as much as her iconic recipes.  Our Bibliobites group enjoyed an earlier title of hers, back in 2016; and last month we returned to Contessa-land to try out one of her more recent titles: Cook Like a Pro (her newest book, Modern Comfort Food, was released in October of this year).   Plenty of titles for the home cook claim that they will turn us into expert chefs– did this one really improve our skills?

Cook Like a Pro is the same size and design as all her other books, but that’s a good thing!  It’s a nice size (perhaps a bit smaller than many other current titles); the glossy, heavy pages feature easy-to-read type and generous white space.  It’s lavishly illustrated with a full-page, drool-worthy photo of almost every recipe.  The pages lie flat no matter where you open the book; this is due to its unique binding, a feature found in all of Garten’s books, and one much appreciated by our group.   Almost all of the recipes include a sidebar “pro tip,” designed to teach a cooking technique or prep method that will take your cooking to the next level.

One of Garten’s main claims to fame is the utter reliability of her recipes, which are typically extensively tested, tweaked and refined.  When we got into the kitchen, we found that, for the most part, her recipes were indeed pretty foolproof.  These days there’s often ample time to cook, as we are all home more; and, as one person remarked, “I was bored so I cooked a lot.”  The vast majority of what we made were main dishes, though one cook tried an appetizer of 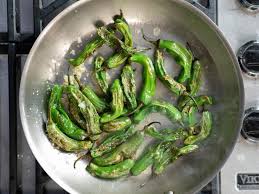 sauteed shishito peppers, which were simple and tasty.  In Garten’s newest book she revisits this recipe and adds a dipping sauce, which definitely kicked it up a notch.  This seems to be a theme of the author’s: she often repeats recipes, perhaps with a new twist or additional ingredients; this can be annoying or endearing, depending on who you talk to.  But I digress!

Back in the kitchen we launched into our main dishes with great energy and enthusiasm: two people made pork posole, which had many praiseworthy attributes.  It was good for a group, it aged well, and it was nicely thickened with crushed tortilla chips.  The garnish of refreshing, crunchy sliced radishes was a pleasing topper.  At least three people made chicken thighs with creamy mustard sauce, 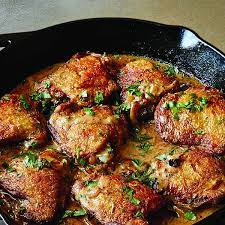 which was “good,” though it could have used more mustard.  On the downside, browning the chicken made “a huge mess,” and the recipe took longer to cook than was indicated, a quirk that occurred with other recipes as well.  Staying with poultry, two of us made crispy mustard chicken, which was also not very mustard-y.  This version was good but not great, and similar to others we’d had.  The chicken was topped with a thick layer of panko breadcrumbs mixed with herbs and seasonings; the layer was so thick it seemed “like stuffing on top of chicken” rather than just a crispy crust.

Panko made multiple appearances in this book: rack of lamb was heavily coated with it, which made for a mess when you carved the meat.  But, it was “cooked perfectly” and was a delicious splurge.  Another special-occasion dish, 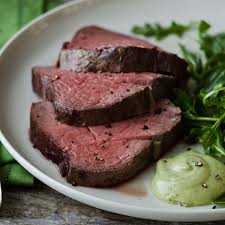 filet of beef, always turns out perfectly “if you follow the recipe exactly.”  It’s easy to make, is absolutely delicious, and a real showstopper.  This recipe is one of Garten’s signature dishes, and appears in all of her cookbooks!  Another pricey option, cioppino, was unfortunately an “expensive flop!”  The fennel taste was too strong, and the broth was too thin.  But if you really like fennel this could be the dish for you, as long as you don’t mind spending “about a million bucks” on a variety of seafood.

Coming back down to earth a bit, three people made flounder milanese, 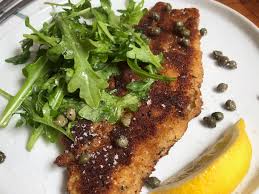 which was  “surprisingly good.”  This was a straightforward combination of lightly breaded fillets accented with lemon and capers, garnished with a simple arugula salad.  Pork souvlaki was easy and tasty, but what put it over the top was the “pretty fabulous” radish tzatziki.  Garten’s take on the classic chicken marbella wasn’t really very updated, as the recipe claimed.  A couple of small differences: the method is a bit simpler, and the ingredients include “more of everything.”  However, like all versions of this dish, it was absolutely delicious.  Two people made tomato and eggplant soup, which both agreed was “just OK.”  You can use leftover soup as a sauce in baked pasta with tomatoes and eggplant, which was also pretty basic.  These two recipes did not live up to pro standards!

This book features some delicious salads and side dishes, which for me were among the strongest recipes in the book.  Chicken and spinach waldorf salad was a keeper; it was “like waldorf salad on steroids.”  It did have numerous ingredients but our cook happened to have most on hand, so it was an easy dish to put together.  Israeli vegetable salad was crisp and refreshing, although “mine didn’t look so pretty (as the photo).”  Tomato avocado salad was also quite good, but it made a lot and doesn’t keep well, so you may need to adjust quantities.

Roasted beet, squash, and apple salad was a different and yummy combination of fall ingredients; likewise charlie bird’s farro salad was unique and flavorful, with its garnishes of pistachio and mint.  The farro was cooked in apple cider which added an unusual but welcome sweetness.

In the cooked vegetable department, orange carrots were super-simple but delectable, the sharp citrus perfectly accenting the sweet carrots.  Roasted broccoli with panko with its crunchy charred edges made this everyday vegetable a little more special.  This was one of those recipes where the timing was off; the broccoli definitely took more time than the recipe indicated.  Celery root and chickpea puree was “just terrific!”  This simple combo makes a great foil for any meaty main dish.  The celery root is subtle but just different enough to wake up your taste buds.  Another keeper was the

parmesan pesto zucchini sticks, which would instantly convert any zucchini hater.  The combination of pesto and parmesan, along with the crunchy panko and plenty of salt, turned the mild zucchini into an umami bomb.  Warm brown rice and butternut squash was a savory way to turn rice and squash into a substantial side or lighter main dish.  With its squash and dried cranberries it would happily grace anyone’s Thanksgiving table.

This book has a breakfast chapter; shakshuka with feta was good, and the addition of feta a nice touch; but the recipe had too much fennel for our group member (fennel seems to be one of those flavors you either love or despise).  Two people made morning glory muffins, which were “really good!”  The recipe stated it made 14 muffins but both cooks reported that they made 24!  However the muffins stayed fresh for more than a few days so it wasn’t really a problem.   Once again, no one tackled any desserts; but those familiar with Garten’s recipes love her blueberry crumb cake and her

limoncello cheesecake squares.  Though they weren’t in the book, both of these are very easy to find online; Garten is generous with her work, making many recipes available through her website and other online sources.

So, did we learn to “cook like a pro”?  Most of us love the Contessa and enjoy cooking from her books, but the overall consensus was that this title was a little sub-par.  Many of the “pro tips” seemed obvious and/or common sense, though they could be helpful for someone without a lot of experience in the kitchen.  The book also had some noticeable quirks, among them a major reliance on certain ingredients, like panko, fennel, and creme fraiche.  She also uses salt with a very heavy hand, both as seasoning and garnish.  In baking she uses extra-large eggs, which are a much less common, and sometimes less available, choice than the standard “large.”  A few of us were annoyed by her specifying brands of ingredients and cookware, and we wondered if that was what she really prefers, or it’s just advertising.

But quirks aside, we like the Contessa for her super-reliable and not too time-consuming recipes.  And most of the time she uses ingredients that are readily available, even if they sometimes are more expensive than average.  Accordingly, our rating was higher than usual, averaging out to 3.71 (out of a possible 5).  That’s a strong score for this group!

If you enjoy reading about/cooking from Ina Garten’s books, check out this link.  It’s a Food52 article about a slightly obsessed fan!  Thank you Carole for bringing this to my attention. 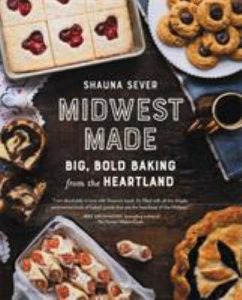 We’ll next meet on Friday December 4 at 11 AM; plan to chat via Zoom.  Please note that we are meeting on the first Friday of December– this is a combined November/December meeting.  We’ll be discussing Shauna Sever’s Midwest Made, a baking book exploring homey classics as well as ethnic specialties.  Copies are available at the main desk or via curbside pickup.