Challenges against books in libraries and schools are being reported at record rates across the country, especially against books written by LGBTQ authors and authors of color. PEN American reports that in the past year, more than 2,500 books have been banned in schools and cities nationwide. In response, libraries across the country celebrate the freedom of choice patrons deserve when browsing our collections.

Chelmsford Public Library is proud to house books that broaden our perspectives and give us insight into others’ lives. Read on for our recommendations for restricted books. 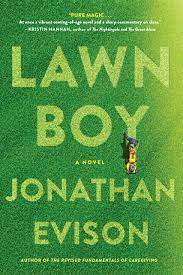 Banned: for LGBTQIA+ content and because it was considered to be sexually explicit

In this funny, angry, touching, and ultimately deeply inspiring novel, bestselling author Jonathan Evison takes the reader into the heart and mind of a young man on a journey to discover himself, a search to find the secret to achieving the American dream of happiness and prosperity. That’s the birthright for all Americans, isn’t it? If so, then what is Mike Muñoz’s problem? Though he tries time and again to get his foot on the first rung of that ladder to success, he can’t seem to get a break. But then things start to change for Mike, and after a raucous, jarring, and challenging trip, he finds he can finally see the future and his place in it. And it’s looking really good. 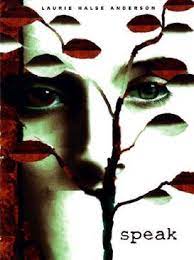 Banned: because it was thought to contain a political viewpoint and it was claimed to be biased against male students

Melinda is friendless, outcast, because she busted an end-of-summer party by calling the cops, so now nobody will talk to her, let alone listen to her. As time passes, she becomes increasingly isolated and practically stops talking altogether. Only her art class offers any solace, and it is through her work on an art project that she is finally able to face what really happened at that terrible party: she was raped by an upperclassman, a guy who still attends Merryweather and is still a threat to her. Her healing process has just begun when she has another violent encounter with him. But this time Melinda fights back, refuses to be silent, and thereby achieves a measure of vindication. 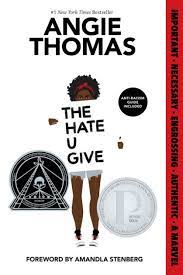 The Hate U Give, Angie Thomas

Banned: because it was thought to promote an anti-police message and indoctrination of a social agenda

Sixteen-year-old Starr Carter moves between two worlds: the poor neighborhood where she lives and the fancy suburban prep school she attends. The uneasy balance between these worlds is shattered when Starr witnesses the fatal shooting of her childhood best friend Khalil at the hands of a police officer. Khalil was unarmed. Soon afterward, his death is a national headline. Some are calling him a thug, maybe even a drug dealer and a gangbanger. Protesters are taking to the streets in Khalil’s name. Some cops and the local drug lord try to intimidate Starr and her family. What everyone wants to know is: what really went down that night? And the only person alive who can answer that is Starr. But what Starr does—or does not—say could upend her community. It could also endanger her life.

Check these, or another one of our challenged books, out today!