Our Winter Reading Challenge is up and running – be sure to pick up your game card in the library or print a copy HERE.  We in Readers Advisory have gotten in the spirit too, what with a fresh new year and so many good books to read!  Here are a few suggestions from us to get you started:

LEVEL ONE: READ A GOTHIC NOVEL 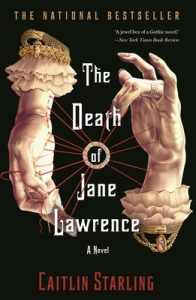 Sure, gothics aren’t for everyone.  But there is something about a gloomy castle, the potential for romance, and the certainty of the supernatural that always piques my interest.  I read a few good ones this past year, including Plain Bad Heroines by Emily Danforth and Mexican Gothic by Silvia Moreno-Garcia.  Both honor the gothic genre before deftly giving it their own spin.  I also read We Have Always Lived in the Castle by Shirley Jackson for our online Classics Book Group.

One of the more recent titles I have read is The Death of Jane Lawrence by Caitlin Starling.  Set in a re-imagined post-war Britain, Jane (of the title) is an independent woman trying to make her way in the world.  She finds herself in need of a new living situation, so decides that she will find a groom.  She approaches Dr. Augustine Lawrence, a physician of her acquaintance, with a business proposal – she will be his accountant, if he will marry her and give her a home.  Neither expect there to be romance, but they find themselves drawn to each other in spite of their very unromantic arrangement.  The only condition from the doctor is this – Jane would spend her nights in town, at his home and surgery, and he would spend it in the country at his family’s crumbling estate.  She was never to go there.  But of course, fate intervenes, and Jane ends up there on a dark and stormy night.  Cue the supernatural happenings, the locked doors, the discovery of a dead wife – it has all the makings of a classic gothic and I promise you will keep reading to see how it all ends for poor Jane.

LEVEL TWO: READ A ROMANCE NOVEL BY A DIVERSE AUTHOR 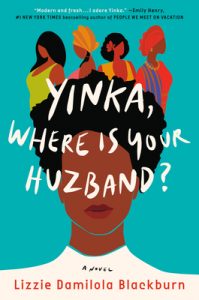 Who doesn’t like a good romance?  This level two category urges you to read bigger by choosing a title by a diverse author, someone with a different life experience than you.  I recently finished How To Marry Keanu Reeves in 90 Days by K. M. Jackson, which I very much enjoyed.  Sonali Dev has a series of romances based on Jane Austen novels (start with Pride, Prejudice & Other Flavors), which are quite popular with several CPL librarians.  And who can resist a book called You Had Me at Hola by Alexis Daria?

I just finished an upcoming title called Yinka, Where Is Your Huzband? by Lizzie Damilola Blackburn. Yinka is a 30-something British Nigerian woman trying to just live her life, fending off her mother and aunties as they continually ask, “Yinka, where is your huzband”?  Things are not going great for Yinka – she has just been laid-off at work, her younger sister is married and about to have a baby, her ex-boyfriend moved to America and is recently engaged, and she needs a date for her cousin Rachel’s wedding in six months. Commence Operation Wedding Date!  Yinka tries various ways to meet a new man, some of them funny, some of them painful to watch.  Over the course of her “project”, she begins to lose sight of herself, and her best friend worries that she is trying too hard to change, all because of a man, and continually points to her own mantra “I am who I say I am”.   Tune into our next episode of Bookmarked later this month to learn more about why I liked this book so much.  Or better yet, get yourself on the hold list today!

LEVEL ONE: READ A BOOK THAT IS UNDER 200 PAGES LONG 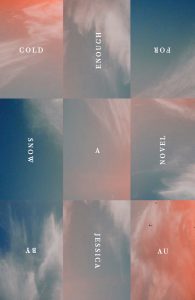 Jessica Au is an Australian Writer based in Melbourne and Cold Enough for Snow is her second novel. It starts with a young, unnamed woman meeting her mother in Tokyo for a work vacation. The two of them, in the first part of the novel, have a series of conversations about family, love, relationships, horoscopes, traditions as they walk from gallery to gallery, stopping in cafes and shops along the way. The woman’s introspection begins to increase and the present conversations between the mother and daughter start to recede until it becomes easy to forget there is a present, that the conversation involves two people. It soon becomes less clear whether the daughter is in fact talking to anyone at all, whether this is the daughter’s words, as her memories and the various stories of others in her life are transcribed. What is the purpose of the journey? Who is having these conversations? What do we really know of those we believe we are most close too? Au’s writing is sensual and evocative, especially when describing food and clothing. Reading this brief novel is a moving and meditative experience that lingers long after.

Other great options for this category include: Dear American Airlines, by Jonathan Miles, Dept. of Speculation, by Jenny Offil; and Leaving the Atocha Station, by Ben Lerner. 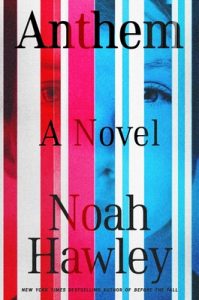 So we’re just two years removed from the start of the pandemic and already there have been a pretty remarkable number of major novels addressing the events and effects through various stories. Noah Hawley’s latest novel, Anthem,  kicks off with the COVID-19 pandemic. A few years after the pandemic, teens have started committing suicide at alarming rates, and many believe it is a side-effect of having spent a year and half of their formative years in relative isolation. With each new death the mysterious symbol A11 appears. Parents are alarmed, the president has declared a state of emergency, but what can possibly be done to stop children from losing hope in a world of catastrophic climate events and preposterous politicking. One teen in particular, a precocious young woman named Claire, commits the act by overdosing on the Oxycontin peddled by her father’s pharmaceutical conglomerate. Claire is found by her younger brother in their parents opulent bathroom. She has plastered the entire space with the tiny silver wrappers of the medication. Hawley does not pull any punches when it comes to describing grisly scenes like this one, but also in describing the absolute degradation and corruption that leads to scenes like this. This book is full of context, much of which will be all too familiar to the reader. Claire’s brother, Simon, rocked by his sister and his parents subsequent refusal to acknowledge the loss and it’s meaning, is shipped off to a mental rehabilitation center called Float Rehabilitation Services. It’s there that he meets a group of teens, including the mysterious Prophet, who declares that God has summoned them on a mission to defeat The Wizard and Simon is the chosen one to lead the way. The teens manage to escape the facility and begin their journey to confront and defeat the Wizard, a Jeffrey Epstein like criminal who seduces and impregnates teens. It’s a frenetic and fantastical plot that incorporates just about everything. Throughout though, it quickly becomes clear that it’s the youth that will save the day.

Other recent releases seeking to explore different aspects and possibilities emerging from the pandemic crisis include: The Sentence, by Louise Erdrich; Wish You Were Here, by Jodi Picoult; Violeta, by Isabelle Allende; Our Country Friends by Gary Shteyngart; and How High We Go In The Dark, by Sequoia Nagamatsu