December is here, and the reviews keep rolling in! See what our teen volunteers have been reading & enjoying. You may find your next great read here!

The Darkest Minds by Alexandra Bracken (2012) 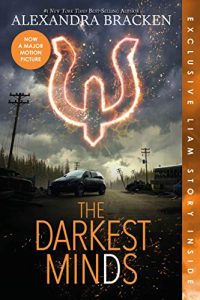 The Darkest Minds, by Alexandra Bracken, was originally published December 18th, 2012, and is about Ruby, a girl with incredible powers. Years ago, a disease began to spread, one that only affects children. Kids began to die, and there was no cure. However, the government claimed to find one, and asked parents to report if their kids showed any symptoms of the disease. The government would then take the kids and put them in camps. The government wasn’t really worried about the kids who died. Instead they were, and still are, more worried about the kids who live. Those who survive the disease gain extraordinary powers. There are five different powers, with Green being the least dangerous, to Orange being the most. Ruby is an Orange, which means she has mind powers. She has been at a camp for years, hiding the truth about her abilities. After an organization breaks her out, she runs from them, and meets a group of kids. Chubs, a Green with extreme intelligence. Zu, a Yellow with powers over electricity, and Liam, a Blue with telekinetic powers. Together, they attempt to find a safe place for kids like them.

I really loved the characters in this story, as they all seem to be very different, and realistic. Some of the characters aren’t my favorite, but I really like Zu. She’s quiet, and seems really nice. It seems like she and the other kids have been through some tough times. The setting changed a lot, since the characters traveled. However, they were usually in the same van. When they were out of the van, I really loved the world that was created, and how interesting it seemed. The world is kind of post-apocalyptic, with lots of abandoned cars, and deserted roads. I loved the plot of this story, and thought it flowed really well. The pacing was good and the story didn’t move too fast. I would definitely recommend this title, since I was invested from the beginning to the end. However, some of the story focused on romance. Those parts weren’t my favorite, but they didn’t take up too much of the story. I would definitely recommend reading the sequels if you like this book! 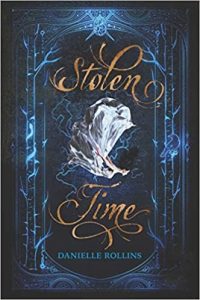 Stolen Time, which was written by Danielle Rollins in 2019, is the first book in the science fiction time travel trilogy, Dark Stars. It follows Dorothy, a sixteen-year-old con artist living in Seattle during the year 1913, and Ash, a former WWII pilot living in a future Seattle in 2077 that has been devastated by earthquakes and is submerged in water. Due to her current con, Dorothy is about to be forced into a marriage with a wealthy man, but she escapes from her wedding into the forest and finds a strange aircraft that crash-landed, stowing away on it. However, the aircraft is actually a time machine piloted by Ash and invented by a missing professor that he was searching for in order to find a way to help their city and prevent Ash’s approaching, foreseen death. When Dorothy is brought to the future where she finds a clue to where the professor could be, she, Ash, and a small group of other time travelers embark on a dangerous journey back in time to find the professor, but because a gang that terrorizes people called the Black Cirkus is also searching for him, they must find him soon.

Normally, I don’t read time travel books because I don’t like how confusing they can be, but this book was really engaging. The concept was smart and interesting, and there was a clever plot twist that left me shocked yet helped me understand the situation more. The book is filled with comprehensible explanations, well-constructed settings, and flawed yet lovable, dynamic characters, including the villains who don’t seem to be completely evil due to their heroic ideals. I love how the cunning, curious, and determined Dorothy, who always fended for herself and had difficulty trusting others due to how she was raised, grew to value others. Also, I love how Ash, who tried to stay away from love due to his visions of being killed by a white-haired girl that he fell in love with, ended up developing feelings for Dorothy because she wasn’t supposed to be in their time and didn’t fit the description of the girl he would fall in love with. The amazing relationships between characters and interesting questions of the limits of time travel really drove me through the story. Teens who enjoy time travel or just enjoy grand stories with lots of adventure and cool character development in general should read this book, but be prepared to get the next books because the story leaves you craving more. 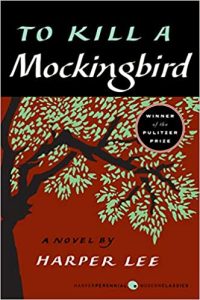 The book To Kill a Mockingbird by Harper Lee is much more than it seems. This 342 page book is filled with the story of Scout and Jem Finch growing up, facing the realities of the world, and ultimately losing their so-called innocence. The characters in To Kill a Mockingbird are: Scout and Jem Finch, young and curious siblings and the children of Atticus Finch, a strict but reasonable lawyer; Dill (not the pickle), a curious and clever boy who moves to town and befriends the Finches; and Boo Radley, a man that lives on their street. To Kill a Mockingbird  is essentially a coming of age story. It also covers topics such as racism, death, and rape; which may be uncomfortable for some readers.

As was unfortunately normalized in the 1960’s, the Finch family was very racist and prejudiced mainly towards black people. Throughout the book, Scout and Jem come to realize that these microaggressions and racism are extremely harmful. At the beginning of the book, Scout, Jem, and Dill believe that The Radley House (in which Boo Radley lives) is haunted, and Boo is some type of evil man. The events in the book and Boo’s kindness ultimately leads them to think differently. Atticus tries to tell the children to not judge a book by its cover, which once again, they realize at the end of the book. 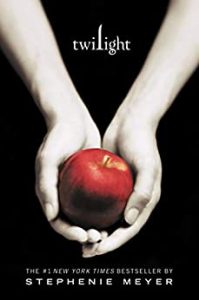 This October I got to thinking – October means it’s Halloween time, Halloween time means vampires, and vampires mean that the book Twilight will be making a well marked return. As you probably know, or can infer from the previous sentence, the book Twilight is a story about vampires. But it’s not any old vampire horror story, it’s a masochistic love story between 100 year old vampire Edward Cullen and 17 year old Bella Swan. I’m going to be honest, I read this book all. the. time. As boring and cliche as it might be, you have to appreciate Meyers’ respect for detail and her deep descriptions of the setting and characters. Although Twilight’s plot line is about as creative as dressing up as a cat for Halloween, the immense amount of detail put into the book makes it one of the most iconic Young Adult Novels.

As aforementioned, the basic plot of Twilight is that a gorgeous vampire who hasn’t felt love in his 107 years of being falls in love at first sight with the new girl in town, Bella Swan. Why was he so attracted to her, you ask? Well to put it frankly, it was because he wanted to eat her. Yeah I don’t even have to go into the details to explain how wrong and creepy that is. Quite frankly, Twilight is more of an obsessive vampire and his human girlfriend than a love story. Twilight is the Romeo and Juliet of teenage romance, forbidden, unrealistic, and completely crazy. Perhaps it’s these characteristics of the novels that makes them so appealing to readers. But, no matter how much I diss it, Twilight is a must read. The combination of vampires, humans, romance, and adventure makes a truly unique piece of literature that cannot be replaced in Young Adult Fiction.