Check out what our teen volunteers are reading! You may find your next excellent summer read here 🙂

All the Bright Places by Jennifer Niven (2015) 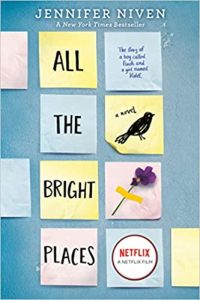 In the novel All The Bright Places by Jennifer Niven, Theodore Finch and Violet Markey experience the hard truths of mental health that many teenagers in high school experience today. Niven tells the story through both Theodore and Violet’s eyes.

The two meet on top of a bell tower trying to take their lives. However, the two save each other and quickly become friends. Their friendship takes a romantic turn and they find themselves falling for each other. This gut wrenching story mercilessly unwraps the unfortunate truth behind the struggles of depression and suicide. As soon as I read the first page, I fell in love with both Theodore and Violet. Theodore is an individual that makes me smile, and his energy seems to radiate through the words in the book. Violet’s character is relatable because she experiences a lot of internal struggles that are very common in high school, and it is refreshing to read about how she deals with them. The two seem perfect for each other.

After reading this novel, I feel as though Theo and Violet will always be in my head because this book has had such an impact on me. I am left wanting to read more and I seem to want every detail of Theo and Violet’s relationship. Niven did a masterful job with creating a beautiful story that had me sobbing and laughing simultaneously. After reading this book once, I read it again because it is truly that amazing, and I felt as though I needed more. I would recommend this book to high schoolers who enjoy reading about love as well as heart-break. 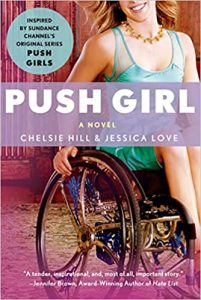 Does anyone want a thrilling new book? The book is based on a true story. I would recommend the book Push Girl by Chelsie Hill and Jessica Love. The main character Kara was known as the most popular girl. She had a great group of friends, a perfect boyfriend, and ideal life. That all shifts. Her parents start arguing, her boyfriend is toying with another girl, and her friends are not listening to her. To cope with all the negatives in her life, she decides to blow off steam and attend a Friday night party. That night changes her life forever.

If you are into coming-of-age novels, this book would be perfect for you. All of the characters are relatable to different high schoolers today. For instance, there are characters with a wide variety of interests, ranging from musically inclined to mathematics enthusiasts. One aspect of the book that caught me off guard was that the setting reminded me so much of Chelmsford, as it is a small suburban town where everybody knows each other.

Please check out this excellent book! You will not regret it.

The Naturals by Jennifer Lynn Barnes (2013) 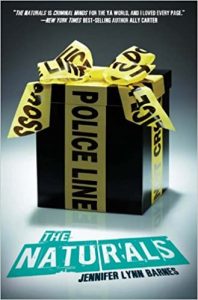 The Naturals by Jennifer Lynn Barnes is a fantastic YA murder mystery. Cassie Hobbes is different from most kids in many ways. Most kids can’t tell you everything about a stranger just by looking at them. Most kids’ parents weren’t murdered by a still unknown killer. And most kids aren’t recruited by the government to join a special group of kids solving cold cases. Well, that’s exactly what happens to Cassie one day while she’s working at the diner.

When she’s approached by a man claiming that he works for the FBI, she doesn’t know what to think. Especially when he seems to be aware of her ability to profile people, and her mother’s mysterious murder. Cassie is suddenly pulled into a world even stranger than the one she already lives in. The FBI moves her into a house to live with other kids who have abilities like hers. There’s Lia, a girl who can catch anyone in any lie, and lie just as easily. There’s Sloane, who knows every number, statistic, and probability that could ever be known. There’s Michael, a boy who can read people’s emotions like they’re books and often uses that talent to get into trouble. Finally, there’s Dean. He’s a profiler, like Cassie, but seems to want absolutely nothing to do with her. All of them are supposed to work on cold cases, but one active case keeps coming back to them.

I love this book, and it’s one of my all-time favorites. I love each of the characters in the
book, since each of them is interesting in their own ways. I especially like Dean and Michael because the two of them have an interesting way of dealing with their struggles. Reading about all of the Naturals (the name for the five kids due to their natural abilities) and their adventures in the house made it impossible for me to put the book down. Whenever the characters went anywhere, it was interesting to see how their different abilities affected how they interacted with the environment around them. They saw things in each different place that other people wouldn’t, which helped get a good idea of the setting and characters in the story. I loved the plot in the book since I was always wondering what everyone would do next. I couldn’t wait to get to the end of the book, where the mystery would hopefully be solved. I would definitely recommend this book, and the rest in The Naturals series. All of them are amazing, and I loved reading every single one. 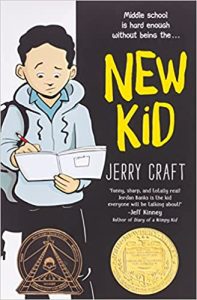 New Kid is a great book for students in middle school. This book is a great way to show readers how it feels to be new, and since it’s a graphic novel the pictures help visualize everything.

New Kid is about a kid named Jordan who is going to a new school. Jordan is interested in drawing and wants to go to an art school but his mom insists on him attending a more academic prep school. His dad makes a deal with him – if Jordan doesn’t like the school he’s in by 9th grade he can switch. Jordan’s dad also has some concerns with the diversity in the school and how some teachers act, but his mom wants him to have a good education in that school and doesn’t think art school will be good for him. Jordan starts to make friends but some people, both teachers and students, treat him unkindly.

I give this book a 5/5 stars rating because it was an overall good story and it was interesting. My favorite character in this book might be Jordan’s dad. He wasn’t a huge part of the story but he really understood Jordan and made the deal about the art school, which was my favorite part of this book. It makes the reader wonder if Jordan ends up going to art school. Jordan’s mother was strict about him going to this specific school so that also makes the reader wonder what will happen if Jordan switches schools.

Like I said, this is a great book for middle school students and you should  definitely consider reading it too!

Their Eyes Were Watching God by Zora Neale Hurston (1937) 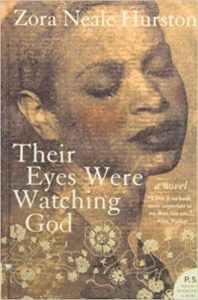 Summary
Their Eyes Were Watching God is a novel surrounding the life of Janie Crawford, all the
way from from a teenager to middle-aged woman. Throughout her life Janie deals with many expectations, whether that be from her friends and family, or from society as a whole. Her life journey is a story of her battling between these expectations and her own aspirations and dreams.

Her life is filled with tragedy, starting with the forced arranged marriage she enters into at the age of 16. She goes through three marriages during her lifetime, seeking true love in each of them. It is only within the third she finds the relationship she is looking for, but even within this magical relationship lies tragedy.

My Opinions
Their Eyes Were Watching God is one of my favorite novels for a couple of reasons. First
the language of the book uses the southern dialect of the time that many books fail to portray, giving the reader a unique sense of place and time. Secondly, the book’s protagonist Janie is such a relatable character – she is definitely not perfect and throughout the novel she makes her own mistakes, while also facing external conflicts as well. Her ability to push through and learn from past relationships is one thing that makes her so interesting. Janie also serves as a role model in the sense that she refuses to be denied by what other people expect of her – though at first she is forced into a relationship she doesn’t want to be in, afterwards she follows her own path regardless of others’ opinions.