The Blackthorn Key by Kevin Sands (2015) 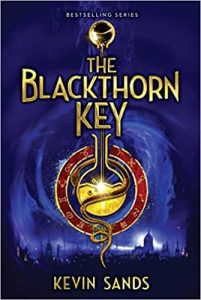 The Blackthorn Key is a novel that takes place in medieval England and is about young Christoper Rowe, an apothecary’s apprentice. Under his master, Benedict Blackthorn, he learns not only to prepare medicines and herbal remedies, but also to form dangerous substances such as poisons and gunpowder. However, when apothecaries across London are found murdered in their shops, Christopher and his master are suddenly put in a precarious situation. Eventually Master Benedict is murdered, leaving it up to Christopher to solve the mystery of his master’s assassins, and save London while he’s at it. The plot is filled with murder, mystery, and an all-powerful weapon sent by God himself.

The Blackthorn Key is the perfect mystery – it consists of tragedy, suspense, and an engaging protagonist. Christopher is inexperienced but intelligent at the same time, leading to a roller coaster of a ride. Furthermore, the setting of the book in medieval times contributes to the overall intrigue and suspense of the novel. The book also introduces heavenly powers, specifically the Archangel’s Fire, a substance that can be produced by apothecaries that is unstoppable. The combination of humans and angelic weapons gives the antagonists a dangerous edge, which makes a great contrast to the perfect protagonist.

Overall this book is a great mystery that has no major flaws. It’s definitely best for young teens interested in mystery and murder novels. 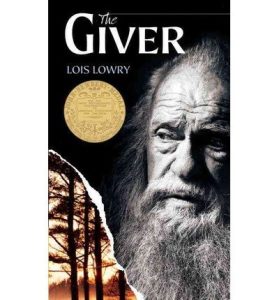 The book I’m reviewing is called The Giver and it was written by Lois Lowry. This story is about a boy named Jonas who lives in a “perfect” community with his “perfect” family. At the age of 12, kids get assigned jobs and Jonas got selected for the best job out there. During his training he learns the horrible truths about his community and plans an escape.

This book was extremely interesting with all of its plot twists. While you read this book you can never imagine what could happen next. The author describes everything in the book really well so you wouldn’t think anything bad could happen when plot twists occur. My favorite part of this book would have to be when Jonas starts to realize how his perfect community was actually terrible. My favorite character is the Giver. It doesn’t tell you his real name in the book but that’s what everyone calls him. The Giver was the one to teach Jonas about the horrible truths and helped Jonas plan an escape.

This book is amazing at showing the reader that too much perfection can be a bad thing, and in this case it was.  I give this book a 10/10. I loved it and I hope you will consider reading it too! 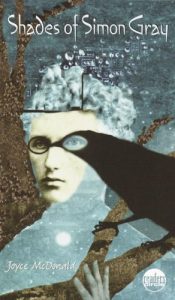 The book Shades of Simon Gray, written by Joyce McDonald was published in 2001. You experience a sad journey while reading this book. The author has an amazing imagination and her descriptions of the setting and characters are impeccable. She takes time to inform the reader about the characters’ personal lives, and describes each character’s life in 1-2 chapters. The story will take you on a journey that you would never want to experience.

Simon is a computer geek. He knows everything and loves learning even more about computers. In his town there is an ancient legend about a man named Jesse being hung from one of the branches of the old center tree. Everyone sees Simon as a perfect and innocent child, but  when three kids from his high school ask Simon to help them cheat on all of their high school exams so that they can get their dream colleges, Simon helps them by printing out the test answers using his computer skills. He only does it so that he can spend more time with one of those three people. Every day he feels like they are going to be exposed and caught, and he lives like a sleepless zombie. One night he goes out to catch some fresh air by the lake. He later wishes he had never done this because the events that unfold makes Simon’s life a living nightmare for him and his friends.

The Maze Runner by James Dashner is a fantastic YA dystopian novel. The story begins with a boy named Thomas waking up in a metal box. He can’t remember anything, except for his name. He’s brought up to a bunch of boys, who show him their home, which becomes his. They live in the Glade, a place surrounded on all sides by a giant maze. No one has ever escaped, even though they send Runners (the ones who map the maze) every day. Thomas is told that they don’t go into the maze alone, and that no one goes in at night. Every month, a new boy comes in the box with supplies, and that’s how it’s always been. Then, soon after Thomas arrives, the box comes up with a girl, and a note. There are no supplies with her, and the note tells them that no one else will ever join them in the maze. Many of the Gladers blame Thomas, though he can’t remember this girl, or what she could mean to him. The kids in the Glade have to escape the maze, and fast, before they get killed. They also have to figure out how, and why, they are in the maze.

I think that the characters are believable, and I definitely had favorites. I really liked Minho, the head of the Runners. He’s funny, and he’s not rude or whiny. My absolute favorite, though, is Newt. Newt is Thomas’s friend, and my favorite by a mile. He has a sarcastic streak, and isn’t rude to every single person, even though he’s in a horrible situation. Thomas is the main character in the story, so the book mostly follows him trying to lead the Gladers out of the maze. Another main character is Teresa, the girl who came up with the note. I’m not the biggest fan of either of them, and they both just seem to rub me the wrong way. However, the characters are well-developed, and every characters’ actions made sense. The Glade is a great place for the story, since it’s beautiful and horrible at the same time. It’s both a prison and a home for the kids, and you can see that in the way that it’s described.

I would definitely recommend this book, since it’s exciting, fun, and had me interested through the entire story. I would recommend reading the rest of the series, but I haven’t read any other books by this author. However, the entire series is fantastic, and I suggest that you read all of the books.