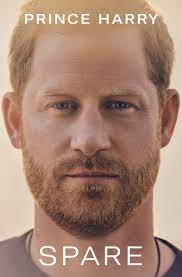 With over 450 holds in the Merrimack Valley alone, Prince Harry’s Spare has taken the world by storm. The Duke of Sussex opens up about his royal life, from the untimely death of his mother, Diana, to the turbulence that ensued after his marriage to Meghan Markle. Early reviews say, “For the first time, Prince Harry tells his own story, chronicling his journey with raw, unflinching honesty. A landmark publication, Spare is full of insight, revelation, self-examination, and hard-won wisdom about the eternal power of love over grief.”

Chelmsford Public Library has some royal recommendations to tide you over while you’re waiting for the most talked about book so far this year. 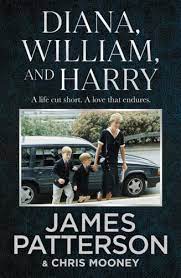 Diana, William, and Harry by James Patterson and Chris Mooney

From the moments William and Harry are born into the House of Windsor, they become their young mother’s whole world.  I’ve got two very healthy, strong boys. I realize how incredibly lucky I am, Diana reminds herself every morning. But even the Princess of Wales questions, Am I a good mother?

Diana’s faced with a seemingly impossible challenge: one son destined to be King of England and another determined to find his own way.  She teaches them to honor royal tradition, even while daring to break it. 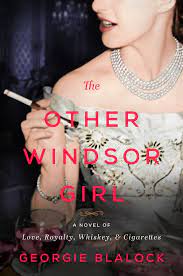 The Other Windsor Girl by Georgie Blalock

Diana, Catherine, Meghan…glamorous Princess Margaret outdid them all. Springing into post-World War II society, and quite naughty and haughty, she lived in a whirlwind of fame and notoriety. Georgie Blalock captures the fascinating, fast-living princess and her “set” as seen through the eyes of one of her ladies-in-waiting.

In dreary, post-war Britain, Princess Margaret captivates everyone with her cutting edge fashion sense and biting quips. The royal socialite, cigarette holder in one hand, cocktail in the other, sparkles in the company of her glittering entourage of wealthy young aristocrats known as the Margaret Set, but her outrageous lifestyle conflicts with her place as Queen Elizabeth’s younger sister. Can she be a dutiful princess while still dazzling the world on her own terms? 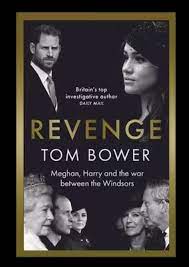 Revenge: Meghan, Harry, and the war between the Windsors by Tom Bower

The British Royal Family believed that the dizzy success of the Sussex wedding, watched and celebrated around the world, was the beginning of a new era for the Windsors. Yet, within one tumultuous year, the dream became a nightmare. In the aftermath of the infamous Megxit split and the Oprah Winfrey interview, the Royal Family’s fate seems persistently threatened.

Looking for more recommendations? Look below or ask a librarian!