It’s a new year, and if you’re anything like me you are on the hunt for new books to read! Check out these reviews to see what our teen volunteers are reading, and maybe check one out today! 🙂 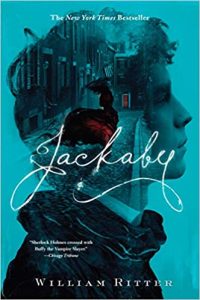 Jackaby, by William Ritter, is a supernatural YA novel about a woman named Abigail Rook, who arrives in New Fiddleham, New England. Upon arriving, she meets a strange man who goes by the name R.F. Jackaby. In need of work, she goes to see him about a job. He’s in need of an assistant, as he is a detective. Abigail soon finds out that he’s not simply a detective who works for the police, but a detective for the paranormal. He possesses the extraordinary ability to see what others can’t, things Abigail could never dream of. He doesn’t believe she’s good for the job at first, but he soon finds that she may be far more useful than he thought. A serial killer is on the loose in New Fiddleham, and Jackaby believes the killer is of supernatural origin. Abigail must help Jackaby crack the case, and discover who, or what, is committing the murders. The two have to do so quickly, or else they will be arrested by the police, since they’re the number one suspects. Can Abigail and Jackaby crack the case before the clock runs out?

I really enjoyed reading Jackaby, so much that I read it all in one sitting. I loved the characters of Abigail and Jackaby, and the relationship they have. Abigail sees the obvious and the ordinary, which Jackaby often ignores. Jackaby sees the extraordinary, the things no one else could even dream of noticing. Because of this, they make the perfect team. They can each put together a different part of the puzzle, then step back and see the picture as a whole. When they work together, the mystery starts to come together. Another part of this book that I liked was that it took place in 1892. This made it a lot more interesting to read, and really added to the mood of the story. I was super excited to read this book, since it’s a paranormal mystery, and it did not disappoint. I would definitely recommend reading this book, and the rest of the Jackaby series.

The Odyssey  by Homer (translated by Stanley Lombardo)

Summary
The Odyssey is a poem of Greek literature and mythology that is renowned and read to this day. The story begins following the end of the Trojan War, and tells the story of the warrior Odysseus as he attempts to return home to his wife and son. He must return home despite
adversity posed by Poseidon, a powerful god. Meanwhile back home in Ithaca his wife must avoid the dangerous suitors who wish to win her hand in marriage. Odysseus’s journey entails both his arduous return home as well as his dealing with the suitors.

My Opinions
As a kid who loved Percy Jackson and Greek Mythology, The Odyssey serves as a reflection of the stories I loved to read as a kid. Filled with both gods and monsters the epic poem is action-packed. There is a reason the ancient poem is widely read even in the present day. Not only is the plot of the Odyssey interesting, but the story and its characters have morals applicable to almost everyone, temptation, and parental relationships are present throughout the novel. Combined with the exciting and interesting plot, the poem makes a great read with good takeaways.

While I would recommend, I would also warn that the Odyssey can be a hard read as it
was written in Greek and is now translated into English. It is important to have a basic
understanding of the plot, as well as to choose a clear modern interpretation of the poem to fully understand it. For this reason, I would recommend the translation by Stanley Lombardo. 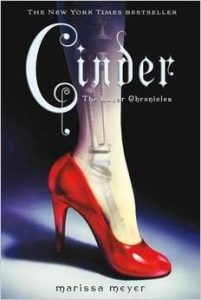 Summary
In New Beijing, a deadly disease, Letumosis, is taking away thousands of people, cyborgs, and humans who populate the New Commonwealth. Their enemies, the Lunar people, and their Queen plan their strike on the New Commonwealth. Cinder, a common cyborg living in this world has a huge part to play but she is unaware of this. She does not remember her past, and her evil stepmother treats her horribly and blames her for her stepsister Peony’s illness on the Letumosis. The charming Prince Kai invites her to his palace to fix his dear broken android and they develop a relationship that will eventually affect their whole world.

My View
– Character: The characters in this book were very believable because the author put a lot of detail into each character. My favorite character was Cinder because she had the most mysterious character development throughout

– Setting: The setting was described in lots of detail how this was the future of humankind. I liked how this science fiction was realistically futuristic. I could definitely see myself in this world because it is very intriguing.

– I would highly recommend this science fiction book. I really enjoyed this book, it had mystery, suspense, and many plot twists. I would definitely recommend reading the rest of the books in this series after you finish this one.

Way of Kings by Brandon Sanderson (2010) 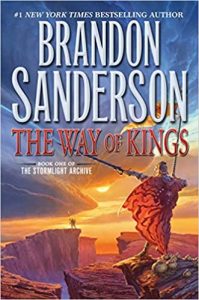 Way of Kings is the first book in the Stormlight Archive, a series in progress in Brandon Sanderson’s Cosmere. Taking place about six years into a war between the humans of Roshar and their enemies, known as the Parshendi, the book follows a surgeon turned soldier then slave, a scholar and a thief, and an aging general, among others. As always, Brandon Sanderson has made a masterpiece.

The main character focused on in this book is a slave named Kaladin. The development of Kaladin throughout the book is excellent. One of the largest mistakes authors can make in character development is perfecting their protagonist. Kaladin’s biggest strength as a character are his flaws. They are expertly written, expanded upon, and evolving throughout the story. Among the other characters in Way of Kings, the most interesting to me is Dalinar. Bearing the burden of a kingdom on his shoulders while upholding a pristine life, Dalinar is faced with what originally seems to be effects of his old age. However, they are so much more.

Including not only Dalinar’s plights, but the Parshendi, the significance of Sylphrena (another side character, a kind of spirit called a spren), and the obligatory map at the beginning of the book, Roshar is an amazingly detailed world. Not only the interesting geography, but the magic system and the cultures break so many tropes fantasy books fall into, and call attention to the flaws of those that it does. Although expanded upon in the rest of the series, the medieval-European style of Alethi society is put in stark contrast with the Unkalaki, Herdazian, Shin, and especially Parshendi cultures displayed in the first book in the Stormlight Archive.

The plots of The Way of Kings are just as convoluted and masterful as all Sanderson’s Cosmere books, if not more. Starting off with two entirely separate stories, it seems as if you’re reading two books at once. While this style of writing can be off-putting, I personally enjoyed it, attempting to piece together different parts of the stories. Weaving in the scholarly life of Shallan in Jah Keved, the hard and deadly work of Kaladin on the warfront, and Dalinar’s much more refined experience on the same front lines as he enjoys (and still rejects) the life of nobility in the war camps, the entire story culminates in a twisting of emotions that sets up the greater war that is to descend on Roshar.

My one complaint with the plot is the lack of Shallan’s involvement with the main plot. Although it gets incorporated later in the series, it seems a bit out of place, and used to help fill in information, rather than plot lines. Due to this and a few more points, I would rate The Way of Kings by Brandon Sanderson an 8/10. Overall it is an amazing (although very long) novel, but a few small hiccups detract from the book overall.